It was another one of those interfaith sessions I participated in with attendees from Chicago, Atlanta and Toronto. Mostly Christians were present. Basically, it was a Korean-based organization, Christian by nature, who regularly have such events. Oh, how I wish I could be physically interacting with these folks as they do appear to be people of good quality and intent. Of course, there’s always the fear of fanaticism, which can arise from any denomination.

Our topic was to do with the different groups’ view on the first created being. Because the overwhelming majority of the speakers where of the Abrahamic tradition, where we hear of Abraham as the first offspring, when I would speak about the Vedic tradition it was indeed new to the group. To hear of a person of four times the usual intelligence became somewhat of a curiosity. “Brahma” is the first created being who himself became a progenitor and the first teacher, apart from God, the Creator, on the science of life.

I found it fun to hear the input from a good number of those on the call and because, as before, the moderator couldn’t pronounce my name properly she settled for “Beautiful Swami.” I never thought Bhaktimarga was a tough name to pronounce, but be that as it may. 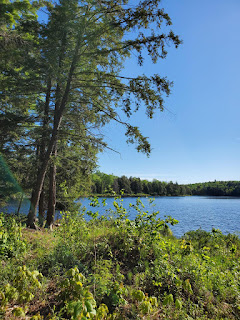