You do see the occasional gray langur, a black-faced, powerful monkey, not as naughty as the rhesus macaque of the Vrindavan area.  The langurs are rather chilled out, but are still out there searching for food, like almost any other tree-climbing monkey.

The crowds of people are now coming in, from Delhi, Hyderabad and other parts of the world.  Even without Chinese participation this year, it doesn't mean you won't get caught up in a crowd somewhere, inside or outside.  I have my excuses for avoiding the crowds.  It's the last day of meetings with members of the Governing Body Commission.  Also, our drama crew was set to a schedule for filming the play "Grandsire."  Film-makers Dhira and Jagannath Kirtan had been up since 5:00 a.m., and were determined to go at it until the mission was completed, just before midnight.

When I stepped into the shooting sessions at 7:00 p.m., I picked up on the serious mood in the Samadhi Auditorium.  I wouldn't doubt that there were moments of monkeying-around by our younger actors in the play.

One of the scenes that audiences really enjoy from "Grandsire" is the Shiva dance.  Since it is Shiva celebration time, it is only appropriate that the dance be a highlight for our crew.  Many shoots or "takes" were done on that particular segment.  https://www.instagram.com/p/B8uzalUAzZD/?igshid=vz24pu1tsiab

It was a long day of service, service to our mission which is one of hard work and pleasure. 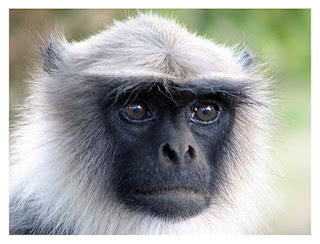 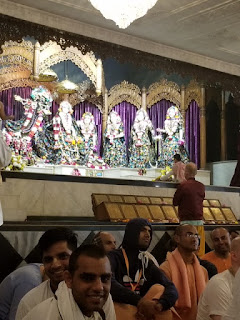 Interesting day which started off with flowers in a park and bowing before an icon or deity of the sage, Vyasa, author of Vedic wisdom.  That was fragrant and sweet in its own way.

I did get quite worked up at a meeting (our second-last day) when we began speaking about the topic of our overall sessions—the Vaishnavi Diksha Guru.  To put it more clearly, we are referring to the approval process for allowing females to become official teachers (gurus).  I've been passionate about showing fairness and compassion to women of a mature standard.  There was an overwhelming concern amongst a bunch of us that the proposal for approval, from last October, may be rescinded.

I was shaking in sensation when registering my name, a daily routine to confirm one's presence.  It's true.  I could hardly write.  I was nervous.

It took some time for varying authorized groups, who are the voices of the people, along with members of the Governing Body Commission, to go over this touchy topic.  Fortunately, the decision of last October holds and will not change.  That is the conclusion for now.  The proposal welcomes areas in the world to have female diksha gurus, while other parts, due to cultural realities, will stick to their traditional and cultural ways.

By the end of the day, I was calmed down, especially after watching our cast perform the last day of "Grandsire". 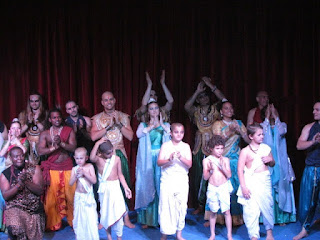 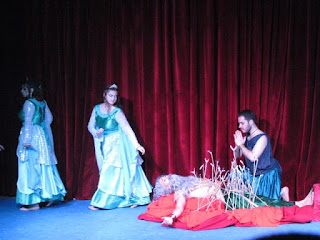 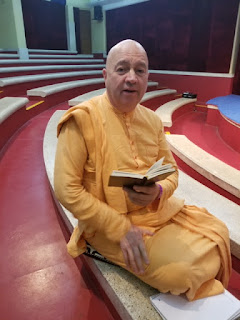 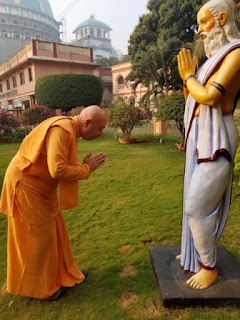 When the Sun Moves

When the sun moves to touch the horizon, a recording of the beautiful shehnai begins.  It's not the sound of a bird, but a magical-sounding horn accompanied by drone and tabla.  When our guru attended this annual festival, which he inaugurated in the early ‘70s, he hired professional musicians to play and  enhance the meditative spirit.  He, Prabhupada, was very pleased with the sound of the shehnai.  It was recorded.  https://youtu.be/r9nVtgyZoyw

As that shehnai was projected over the loud speaker outside the samadhi where I was chanting japa, who should appear?  Not Krishna, not the great monk, Chaitanya, but Gaura, my friend.  He came to tell me that although there are some physical challenges for him in India—allergies—he's really appreciating the company around him.  Spiritual people are a reinforcement for the soul, we concluded.

In Mayapura, bhakti yogis come from all over the world, annually.  These pilgrims, some trained, some less so, are here for a shakti/bhakti boost.  It's true that the place has a certain draw for some locals as if it's Disneyland.  The cameras are out shooting all the features of the place.  The visitors, especially the women, come dressed in the most colourful saris.

Meanwhile, at the meeting, I admired the terracotta water pitchers that we were supplied with.  Gone are the plastic water bottles.  That is a sign of progress. 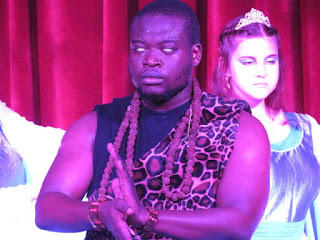 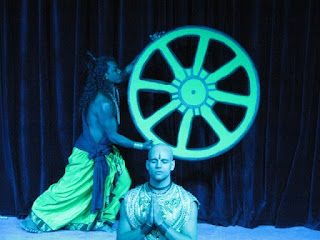 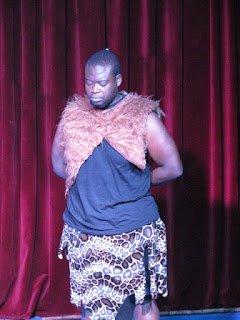 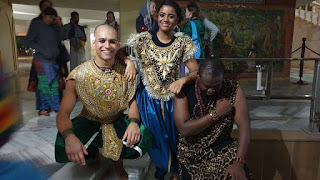 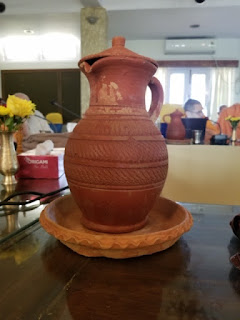