Today was the anniversary of the passing of a great saint Lochana Das Thakura. He wrote a beautiful song glorifying Chaitanya, the monk, the walker, the Avatar for this age. The name of the song is “Sri Sri Gaura-Nityananda Daya.” It also highlights Chaitanya’s comrade, Nityananda. In an explanation of the song, our guru, Prabhupada, writes:

“Lochana Das Thakur says, “My dear brother, you just try to examine this. Within the three worlds there is no one like Sri Chaitanya and Sri Nityananda because their merciful qualities are so great that they make even birds and beasts cry, what to speak of human beings.” Actually, when Sri Chaitanya passed through the forest known as Jharikhanda, the tigers, elephants, snakes, deer, and all other animals joined Him in chanting Hare Krishna. It is so nice that anyone can join. Even the animals can join, what to speak of human beings. Of course, it was not possible for ordinary men to induce animals to chant, but if Chaitanya could inspire animals to chant, at least we can encourage human beings to adopt this path of Hare Krishna mantra chanting. It is so nice that the heart of even the most stonehearted man will be melted. It is so nice that even stone will melt.” 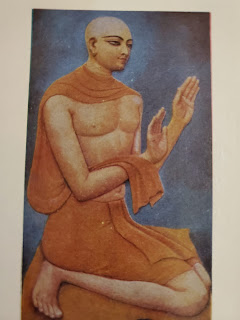 Based on a story from Canto 11 of the Bhagavatam, I have this literary piece to offer the readers:

And the king asked the monk why he wanders around

“You are wise, wonderful, and ever so competent

What is it that molded you to be ever so confident?”

The monk replied, “Your majesty, nature sent me twenty-four gurus

Each one taught me a lesson, so they became my truths

If you have the time, I’ll reveal my meaningful list

For each and every teacher I’ll give you just the gist.

From the earth I learned to be generous and giving

From the wind I learned to let trouble pass by

From the sky I learned to bear much turbulence

From water I learned to be clean of body and mind

From fire I learned to burn favorable energy

From the moon I learned to appear/disappear, but be there

From the sun I learned to shine and to share

From the ocean I learned to do great and be grave

From the python I learned to accept what’s easily attained

From the badger I learned conviction to obtain the best

From the serpent I learned sometimes best things are done alone

From the wasp I learned that he who stings gets stung

From the elephant I learned though wise, one can still fall into a trap

From the deer I learned to keep the eyes open

From the fish I learned to not let the eye deceive

From the spider I learned the Creator unwinds then winds up

From the craftsmen I learned to be honest and not crafty

From the innocent child I learned to enjoy life freely 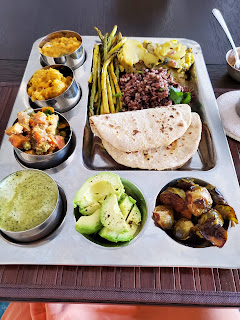 Perhaps it’s the season, winter, that permits sounds to be more crisp and distinct. Whether inside or outside, noises subtle or loud had somehow got my attention today. Thank God for noise, sweet or sour.

Practically every hour the train just north of our temple/ashram shakes the window panes ever so lightly and with its companion is the gritty noise of its wheels gripping against the tracks.

You’d be lucky to hear the choo-choo whistle. While I sat, momentarily at a bench near those tracks, I overheard one pedestrian to another say, “This train’s a mile long.” I think he was right. It made that commonly unnoticed reverberation which seemed to last forever.

On this night walk I picked up the sound of a person’s shovel scraping hard snow. One motorist couldn’t help himself with wheels spinning against the frictionless ice. The sound was somewhat like the cay of a baby elephant or baby dinosaur in distress. Then I heard and saw a walker attempt to climb over a snow bank that, with every step, sounded like a crunch-crunch, like the cousin to Vijay’s teeth clamping down on an Indian poppadom over suppertime in the ashrams eating room.

There was also the temple-room’s radiator’s release of steam. It resembles a rattle snake’s hiss. Finally, our kirtan with drum, harmonium, and tambourine framed off the day. Not spontaneous like other sounds of the day, this noise, or music, is routinely projected each evening through the ether. Someday we’ll hear Krishna’s flute. 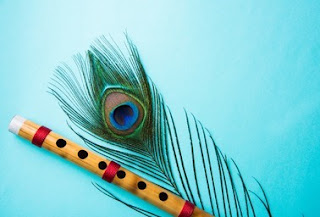