IN AND OUT OF SNOW

Morning meditation began at the ISKCON centre at 212 Somerset E. located in the heart of student land for Ottawa U. Included in these contemplations and mantras was a discussion over a Bhagavatam verse from Canto 4 where the renowned sage, Narada, counsels Dhruva, a young 5-year-old attempting meditation. Narada advises the young student to approach three different kinds of people from respective angles. To experienced souls, one should offer respect and listen. For the younger and inexperienced, offer encouragement and direction. For equals, offer comradery. Bond like anything.

I’m not sure that Ottawa U. students have embraced these ideas. In the current pop culture, it is more about peerism and the other two types of people are marginalized. Too bad!

Alex, Roman, and I went to the snow adventure which entailed walking in it. We took to the trail along the Rideau Canal, then to the Parliament where there’s a big dig renovation (price of 1 billion dollars), onto the bridge to Gatineau, Quebec, along the Ottawa River, then Alexandra Bridge and back. It all tallied up to 9 kilometres. Not bad!

At 3 pm the Sunday Open House begins at ISKCON. Our discussions involved the cornerstone or foundational values of the Gita. I was amazed by the brilliant response from mostly students. Very good!

Through massive flakes of snow coming sideways, we drove westerly to Gananoque at the Inn. There, Roman, Vya, and I indulged in fantastic prasadam prepared by the Inn keepers. Delicious! 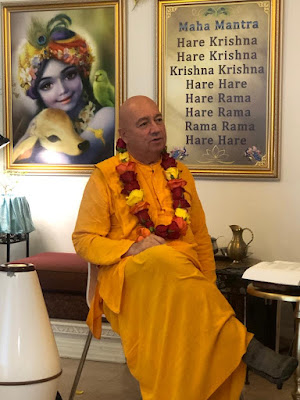 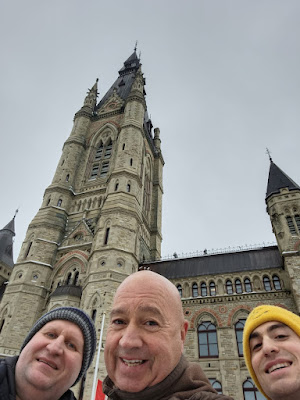