Things are changing in Guyana. When I took American Airlines from Trinidad to Guyana, a mere one-hour flight, I noticed passengers who were in unmistakably Latino. Apparently, people from troubled Venezuela are migrating. Oil was discovered in Guyana, and so the rush is on. I was told Cubans are also making inroads.

Upon arriving in Georgetown, I noticed there are fewer lotuses in the canals. The country is taking action and clearing these lovelies that clog the plumbing. What else? Well, new roads are being built. And finally – finally – sidewalks for pedestrians are laid out like never before. That was always my pet peeve about Georgetown. One thing that hasn’t changed – the seawall – a great place to walk along or walk on. This wall was constructed by the Dutch a century ago.

At the Railway Embankment Road is located a fine Iskcon Temple next to Georgetown University. The main brain behind the project is Prabhupadadev, who acts as a priest for spiritual functions such as this morning’s havan, fire ceremony, wherein four devotees received their first initiation. The new names are Aryan, Minakshi, Satvika, and Bhanupriya. Sanjay and Saya Saci received their second initiations.

In two places, Georgetown and Crane, we did some kirtan leading and delivered messages from the Gita. The whole idea behind these spiritual practices is to clear the complicated network lurking in our heart and mind like the vegetation that clogs up the drainage system. 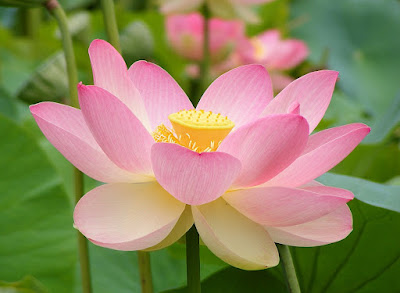