In the ashram we arrange a reading on the memories of our founder/teacher Srila Prabhupada. Croatian-born Vallabha Hari was reading and, with English not being his first language, he came upon the word “seasoned.” He asked, “What does this mean?” So, I explained that it means experienced, mature.

Then I got to thinking that the word seasoned is such an appropriate word. The dictionary describes it as an adjective noun, “You can use seasoned to describe a person who has a lot of experience of something. For example, a seasoned traveller is a person who has travelled a lot.”

Living in a northern region, or shall we say the middle of North America, we encounter well-defined seasons of winter, spring, summer and fall. The weather dynamics of these seasons can be rather extreme and dramatical. We really learn to adjust. You can also say that one who goes through that experience is well-rounded. Personally, I would get bored where weather stays the same year-round.

Our guru, Prabhupada, was such a well-rounded person who experienced student life, family life and, eventually, retired life. He had encountered western cultures and knew well eastern culture. When it came to weather, he did in fact go through weather fluctuations. (Has anyone ever felt the winter chill in India with no central heating?)

A seasoned person has the advantage of being steady, equipoised, and temperate in the variants of rising and falling of circumstances. 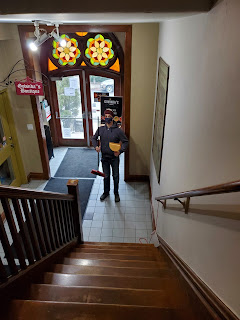