“We have some questions,” asked a curious young couple, modest in appearance and child-like in inquisitiveness, as I sat there in the centre of the park. I slid over on the bench to make room for them.

“What do you believe?” they persisted.

“We follow an ancient way from India called bhakti, it is a form of yoga-devotion.” I replied.

“You’re not a Buddhist?”

“No, Krishna, the speaker of the, Bhagavad-gita. Do you both live here in Canada?”

“We just arrived. We are Palestinians. We love Canada.”

I could see by mannerisms and dress code I was speaking with a young couple who were a mix of ‘free spirit’ and a touch of ‘Islam orthodoxy,’ if that makes any sense. They continued to pleasantly probe.

“Most definitely. Much of our values are placed in non-violence.”

“Actually we are the origins of Hinduism—the longest, most resilient culture on earth…”

After a lively dialogue I walked back to my destination—the ashram. 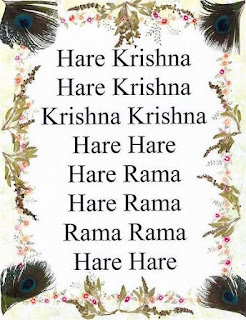