From Wind to War

From Christie Pits Park we took ten minutes for contemplation. Sanjit, Chris and I sat on a bench, tilted our heads back and did a bit of stargazing. The moon, Jupiter and Saturn were close to each other. Clouds, white ones, skirted by, obscuring those luminaries. The wind was just the best of breezes. It was a wind bath. “Of purifiers I am the wind,” Krishna states.

The morning began with contemplation on Krishna’s words from 13.21 of the Gita:

“Nature is said to be the cause of all material causes and effects, whereas the living entity is the cause of the various sufferings and enjoyments in this world.”

You betcha, world! There is suffering in the world. It came up in our Gita discussion on Zoom. One person asked, “With all the corruption—from child trafficking to rioting, looting, destruction of properties, war etc.—why doesn’t God descend now to help the situation?”

Yes, thoughtful people will ponder such concerns. It also came to mind during sleep. I actually woke up in the middle of the night feeling myself trapped in the midst of war. I thought of a Communist takeover. I thought that numbers will do it, population-wise. And discipline. I thought that our western culture has weakened to high levels of drink, drugs and sex and that conquest upon us is inevitable. It was disturbing to bear such thoughts.

“There is one way to drive the peace formula,” which was an actual question posed by friend, Visvakarma, from Hamilton, over the phone, and the answer is peace-making through the power of mantra. 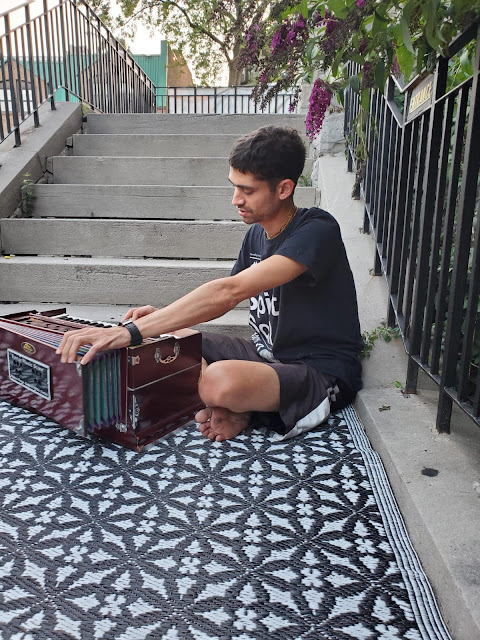