On this eve of Remembrance Day we give homage to those who sacrificed their lives in defence of innocent citizens. I saw that pedestrians passing by the park bench where I relaxed were bearing the symbolic poppy.

Saurav, 19, a student at U of T, whom I sat with, is from a Punjabi descent and I assume he knows not a lot about the gruesome world war of the 20th century. However, his ancestors may well know of the years of British occupancy and of the Partisan riots. These events are just ugly all the same.

Saurav told of how, recently, an Indian student had committed suicide on the campus by hanging in one of the university’s buildings. Students were having protests and carrying the sentiments that the institution isn’t doing enough for students under pressure. I certainly believe that these young persons should have every chance for a good life of balance.

Saurav is himself a kind and helpful person. He considers himself a counsellor. I encouraged him that, in general, these types of services require training.

As we were talking I bent over behind the bench to grab a golden maple leaf that lay there. It was pretty, except for a dark blotch, a kind of blight I believe, indicating the leaf was diseased. I held it up to my young friend, letting him know that we are all like this leaf, beautiful and golden. However, there’s something in everyone that is dark, which we have to tackle. I strongly recommended that he invite personal training and discipline into his life in order to be most effective. 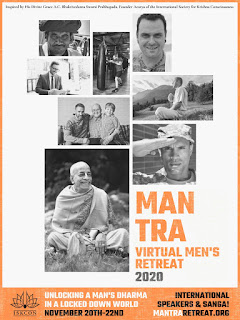 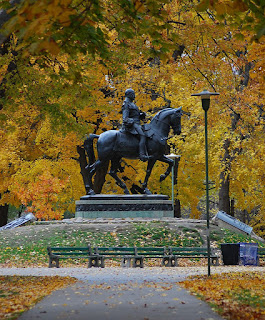