Once again I'm King of the road. Highway 11 is a road less travelled. I see no buildings; there are few human-made landmarks to the exception of the Arctic water shed sign that reads that we are 1640 ft above sea level, and where waters at this point flow North and not East. The landmarks in this area are natural markers - trees and certain rocks, certain shaped lakes that are all distinct from each other. A certain bend in the road could also be a definitive landmark. It's all just natural raw beauty. Hardly touched by humans.

A couple stopped, pulled over and started to talk. They had read about my trek in the paper. They informed Daruka and I that there is no real town Euronia: two or three houses maybe. Once it was a major railway stop, as every 60 kilometres or so the locomotive had to stop for some kind of refeuling.

The couple remembers seeing Krishna monks in Amsterdam, years ago. They were surprised to see me in Nowheresville! The gentleman said, "These trees and plants and rivers and lakes really speak to me." How right he is. They are all living organisms afterall.

Daruka and I left for Kakabeka falls for a picnic/chanting session with our community members, including Chuck and Roberta who drove four hours from Deluth. What does anybody know about Deluth? As far as I know, it's claim to fame is that Bob Dylan came from around there. Daruka's cousins also joined in for the gathering.

Oh! Talking of family, I don't want to sound too redundant on bear topics, but Daruka and I witnessed a family, Momma and three cubs, crross the road in front of us. Oh! They would have liked our picnic - food that was rich and tasty. Above all it was prasadam, food prepared and offered with bhakti, devotion. 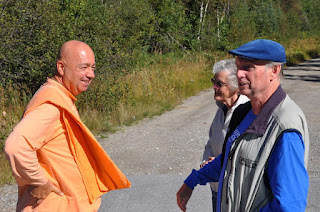 Talking to dutch couple on Hwy. 11 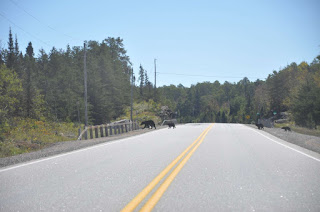 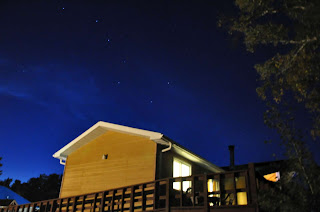 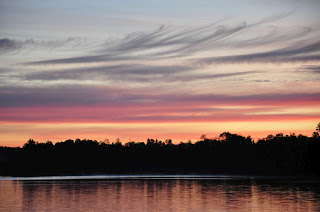