That is the Idea

I had begun the day early as usual. It seemed the road was curved to run directly underneath the Milky Way. It was awesome. You have the road under your feet, and above you, way above, is a luminous bar of heavenly bodies. As lightness proceeds from the sun, there are bald eagles, turkey vultures, partridges and gray jays. Park rangers told Daruka and I of the lynx spotted in the area and as I mentioned yesterday, that Mama bear and cubs jay-walked the highway, today it was Papa bear that came across. He was a walker.

Wildlife is one of the remarkable visions to be seen in this North-West of the province. Be assured they also have people here who are friendly. I was determined to see if the christian woman I met nine years ago, running the convenience store, was still around. Indeed she was, tending to the store. She remembers me as well. I believe we were able to bridge gaps this time around, despite our different approaches to spirituality.

One gentleman, a cottager from the area said, "Just by seeing you on the road, you're making people think."

"That is the idea behind this walk," I remarked while traffic passed by. The majoriyty of motoroists here appear to be fisherman, hunters and canoers. Like anyone, they are also compelled "to think."

My final leg of the day's walk was in the country's canoe capitol, Atikokan. My first impression of the town was that it looked a little run-down. But that opinion changed once I moved around in it. I started "to think" differently once I met the people. It's always a favorable thing to do - "to think" - to have your mind at work, especially if you can rap the mind around the spiritual elements. As humans, that is our great worth - to contemplate what is spiritual. 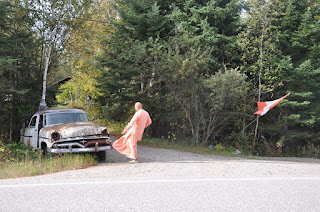 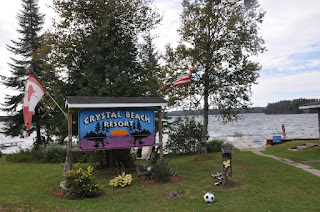 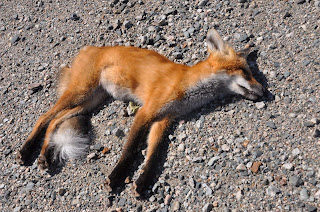 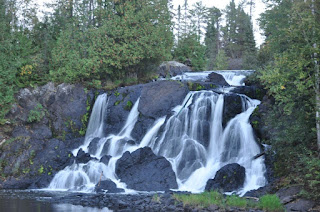