It was a blessed day in a simple kind of way.  By morning, we opened up a new chapter from the book Bhagavatam, Canto 10, on how Krishna gave special mercy to His old classmate, Sudhama the brahman.  It just has to be one of the best stories ever.  In short, Sudhama, the poor brahman, came to see Krishna in His palatial home with the hope of asking for some improvement in the living condition of he and his wife.  But Sudhama was just too embarrassed to ask when he saw the opulence that Krishna was living in. The good Lord Krishna knew the brahmana’s intent and secretly awarded Sudhama with an affluent structure that his little hovel transformed into.  Krishna knew the heart of the brahmana and He reciprocated.

By evening, Corrado and I read of two brahmanas from the book Chaitanya Charitamrita; one elderly brahmana and one youth, who traveled on foot in pilgrimage.  The elder offered the younger one his daughter for his benevolent services and kindness.  It was a promise and it was made before a deity, Gopal.  Time rolled on and a promise was made to materialize, but the elder brahmana’s family held great opposition.  Gopal, the deity, animated Himself to the point where He walked hundreds of miles to bear witness.  The couple married.

In between these two fine stories of brahmanas, Corrado and I took in some good air on the streets of Rosedale. 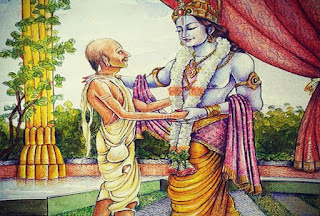 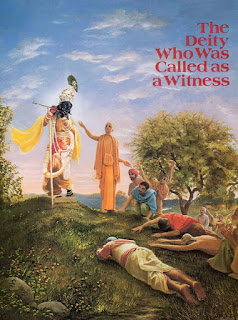