Air Canada Flight 43 came in for a smooth landing.  We couldn't even feel it when the wheels touched the runway.  After being picked up, we saw snow around all along the 401 Highway, but our driver, Jaya, said it's been a mild winter.  Both Corrado and I were struck by jet lag, as you can imagine after a long fourteen hours of soaring in the air.  Anyway, I would rather that, than break up the journey with a stop-over somewhere.

We reached the ashram.  The deities in the temple room looked beautiful, as usual.  Govinda's Restaurant was hopping.  I spent some hours there playing a kind of musical chairs meeting people, emailing, catching up, in general.  After that rather sedentary experience, I hankered for some physical work.  Rain was coming down like crazy so no outdoor walking for me; it wouldn’t be an option until the downpour let up.

That hankering was actually a wish, maybe even a form of communication with Him.  I heard the kitchen needed some love.  I came to its door and saw an eager pile of dirty pots needing some love.  So, I accepted the invite, like some kind of monk, and tackled the pile, rendering some menial service.

Dwarkanath, our principle cook, came by.  Together we tackled, like football team-mates,  and brought down the pile of prasadam pots.  It was good swishing around my hands and arms in the water, scrubbing, and then spraying clean those babies. 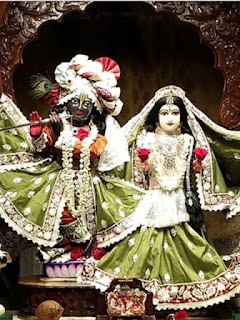 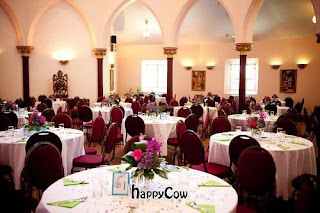