I had walked my allotment of distance west on Dupont, south on Christie, east on Bloor and across-over to the temple ashram. At the edge of park, Christie Pitts, is a massive lit up image of a tiger. To my speculation it's a symbol of Korean pride at the base of Little Korea. He's fully formed out of lights and sits content.

I thought of the contentedness of godsister Bhadra Priya who is being cremated tomorrow in Florida. I sat down for twenty minutes to write this poem in her honour. 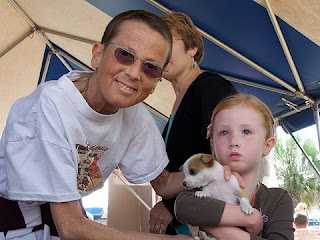 Dear Vaisnav, you are leaving us today
To take part in a much greater play
Fleeing from this world, a mix of sweet and sour
To ascend to the realm of the Higher Power.

It's hard for those who knew you well.
It's not for us to say or for us to tell.
We can't be greedy demanding your presence
We take from you and capture the essence.

Inspire you did and that we'll remember
From the start of the year to the end of December
You were loyal, determined, fixed, and straight
And overall your devotion was great.

You have cut the bonds, to join the One with the flute,
The One who claims He's the very root.
Let's sing! Let's dance! seeing you off
Let's be elated which is never enough