Well, the fancy bars and dining rooms are open for business again. It’s as if nothing had ever happened to startle clients from Covid 19. The same laughing and giggling goes on as before and the sounds of liquor bottles and glass containers—no less than champagne glassware—are making their music. So, there’s more going on than just line-ups happening outside bubble tea joints. Anyways, it all took me by surprise to see the streets such as Avenue Road, Soto and Bloor in a shape of vibrancy again, as I paced along in a mode of passion. I was definitely plodding along.

“Hey, monk!” Shouted a young cyclist across the street. At medium speed he was showing off the twirling of his closed umbrella. Impressive it was. It added to the street’s liveliness. I reached the park at Christie Pitts to meet Vishal and talk to him about what’s going on in his mind.

“You mean the bulls?” I asked, needing to confirm. He knows I was raised on a hobby farm. We had cows on our farm, however, bulls were rare unless born from a cow that received artificial insemination. Basically our conversation went the way of cruelty toward bulls, and the bovine in general—the slaughter industry.

So Vishal and I are planning to visit a farm north of the city to see what another Vishal is doing with his Gir cows from India. In truth, we were two city boys talking about a better life in the countryside; something like the way Krishna lived as a cow-herder. 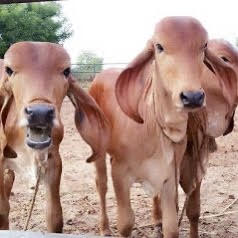