This particular cyclist really gets around. I’ve met him now on so many different streets. I guess it’s mutual. I also get “out and about,” as the expression goes. My friend, on his two wheels, was telling me of his new program—a fast consisting of only water. He also mentioned a second abstinence—violence.

“I’m not listening to the news and not watching violent films like Thor or Captain America,” he said.

I assumed he feels light-hearted and more at peace with himself. He concurred when I asked him. Surely, when on that bike as frequently as he is, with feet off the ground, and moving not quite at the speed of light but moving quickly, he must find it to be liberating. When stationary he says he works on his kundalini.

“I wish you the best of days,” I expressed, bidding a good-bye until next time.

Actually it was already night time. I was held up on a zoom conference with local organic farmers. To be more accurate I was online with farmers who have all taken on eco-friendly lifestyles and who are Krishna Conscious.  On-board-presenters included people from as far west as Saranagati, in British Columbia, and as far east as Quebec. It is very impressive to see the development of these places.

Some people get high on a bike and others while working the land and animals. It’s all good!

May this Source be with you! 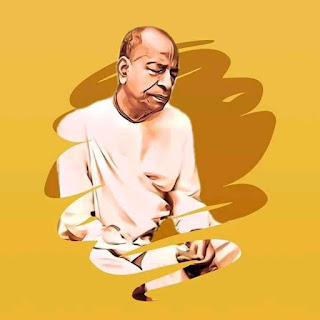