Damodar and I were feeling the same relief walking through Montreal’s east end near downtown.  There  was a break from the heat.  There was also some rain last night.  Oh and how we appreciated the work of some of the city planners.  An old railway line and industries were converted into these neat and affordable dwellings.  The tracks are now curved walkways.  So cool!

My train ride to Toronto was fine—time to go over Gita verses somewhat lost in memory, but easy enough to revive.   https://www.instagram.com/p/BmzoIEGln7G/?utm_source=ig_share_sheet&igshid=q3l8cg731854

At Union Station I made the decision to walk to my host’s home for an Ekadashi(grain-less) meal. Adi Kurma and Amala have this charming home, and I reached there after trekking through foot traffic, which was thick. I believe Torontonians were also joyful, like the Montrealers, for the excellent weather.

I was blessed to pass through a section of the business district, the entertainment district, and the boogey-hip section of Kensington, past churches and cozy homes.  The meal was mighty fine with kale and broccoli.

At the same time, Adi, Amala and I reflected on a troubled world—with concern for the people in the multiple fires out west, concern for technology takeover world-wide, and dependency on so many drugs.  I cautioned my friend Durward on the phone today. “Get the gist of what the news is saying.  Don’t get too absorbed in the bad reporting!  You have your Krishna who’s always with us!” 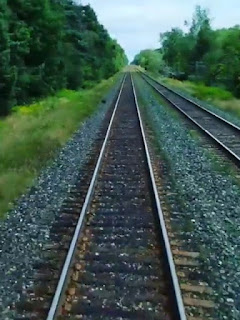