It struck me, that right across the street from where I live, there's a shop which sells clothing for women.  And in the window display, there are two mannequins decked out in the latest fashionable apparel.  I couldn't help but take a picture of the display, because it said to me, "We don't walk!"

I actually found it humourous, at the thought, and carried on with my own stroll along with Jaya.  I will caption them as ‘Anti-Walkers’ because essentially they don't move.  Anyway, what to expect from a couple of dummies?

Just prior to the walk, I sat with our group of ashram residents, and we read from The Nectar of Devotion about movement and all that applies physically and mentally to devotion.  It addressed practices like dancing, clapping, prostrating, standing and singing before the deity.  This is more strictly applicable to humans, of course.

Within minutes, Jaya and I came to Yonge Street, which happens to be very busy, for what reason—I didn’t know.  At least there was movement, activity—a good sign.  Now there were those, and many of them, lined up, and others sitting, gorging themselves on chicken filet sandwiches.  (I can't help but be a little judgmental to these, primarily youthful, indulgers in such negative karma).  I am aware that there is some innocence involved in their habit.  Please let me have a heart and feel some compassion for both chickens and their consumers.  After all they could be doing worse, they could be engaged in gang fights.

The pressure is on, from my side, to have some hope that one day more people will see the value in devotional endeavour of bhakti such as dancing (etc.)for the Supreme. 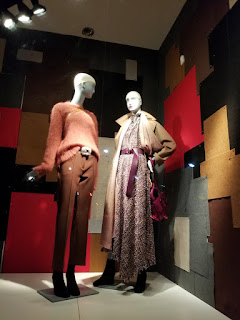