Death and the Body

I received a call from a young chap, who is actually a dad with two children, saying that his father passed away. The call was specifically for me as I had known his dad, Brahma Svarup, since the early days when I became a recruit, a novice in Krishna Consciousness back in ‘73.

Brahma Svarup was a relatively new immigrant to Canada. He is from Mathura, the birthplace of Lord Krishna. That was an astonishing honor for those of us who were introduced to him. That location is very sacred. He was one of the few persons from India participating with us in our humble abode at 187 Gerrard St. in Toronto during those days.

After we move to a larger facility — the former church on Avenue Road — he donated our walk-in cooler at $10,000, which would be at least double the investment at today’s standard. It was around this time that his young son, the one who called me, fell off his bike, which became a serious accident when his head split open and he almost passed away. The doctors were shocked that he survived. Of course, his father, Brahma Svarup, considered it Krishna’s miracle.

We are sad to hear of Brahma Svarup’s passing and we are making those last rites arrangements. Bless his soul.

Yes, the body will go. I’m reminded of my own situation. Age is creeping in. Today I went for x-ray and ultrasound testing on my knees and ankles. Reporting will get back to me in two days.

Also, in regard to bodily concerns, my dear friend Vishal Sharma, whom I consider a free spirit, took me to Cherry Beach for a walk. He just recovered from recent surgery after having a troubled growth in his leg since a child. He’s glowing now. 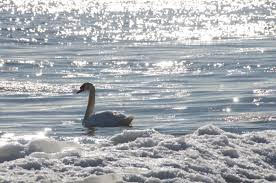