Discovery of Something Small

We were in the air on Air Canada Flight 846.  14 hours.  Straight.  That's the way to do it.  All passengers apart from the airline staff were ticket holders, except for at least one.  It was a house fly.

I spotted him clinging onto the drape that separated passengers from staff and the public washroom.  A free ride, for sure.  I wonder which port he boarded at?  Was it Canada?  The U.S.?  Europe?  And how long ago?  Is family with this fellow? I'm not absolutely sure of its gender, to be honest.  I wouldn't know how to tell.  I wasn't sure if he was alive while hanging there.  I grabbed the end of the drape and ruffled it.  Sure enough, the fly went ‘in flight’ while ‘on the flight’.

I mentioned to the woman standing behind me—in queue for the washroom—of my find.  "You wouldn't believe what I just saw?  A fly."

"You're kidding me!"  she said with some genuine level of amazement.  "I've never seen that!"

I was trying to strike up a friendship with a new person, and to some extent—the fly.  I wasn't about to go much deeper into the discovery or into my philosophy with a comment like: “Here is a spirit soul—an anti-material entity trying to find its way in the world for some food, sleep, sex, and defense, and then dying to graduate into a new body with new experiences."

I would say that citing a fly was a ‘high-light’ for me and a ‘high-flight’ for it.

I also met, on this flight, families from Brampton whom I chatted with.  They were humans. 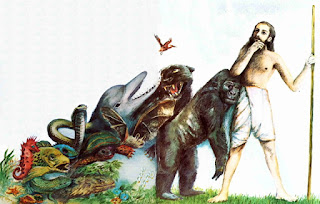 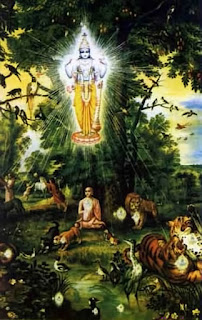