A New Trail for Them

It was rather spontaneous, but I urged both of them, David and Pariksit, to check out the Brickworks Trail.  “This is where I did my training for the long walks, back in the early nineties.  For you, David, your bike will like it. Pariksit, if you want to get the feel of ruralness within the big city, this is the path to take.”  With but little coaxing, they were convinced to go with me on foot.

We were not the only people who had the idea to go down the ravine.  The trail was visited by others riding their own waves of spontaneity.  It was, for me, the first time passing by pedestrians of an international flavor—Orientals, blacks, whites, Hispanics, browns.  People are catching on to the wonder of the place.

After going through some autumn foliage, a ramp to a road was by our side.  “What’s this street?” asked David.

Pariksit was enthralled by the many goldfish in the pond.

Both David and Pariksit took to the trail with eagerness that I didn’t expect.  The colours were to behold.  The scents of the leaves on the ground and the needles on the trees were ‘nostril rousers’.

“Do yourselves a favour.  Whether I’m in town, or not, hit this trail!” I encouraged. I thought of the tunnel of graffiti on the Bruce Trail, which we traversed the other day.  We chanted in there. https://www.instagram.com/p/B4Pz3rKBl8R/?igshid=4u2e2h831onc

Whether the trail funnels to a tunnel or not, take to a trail and bring sound with you! 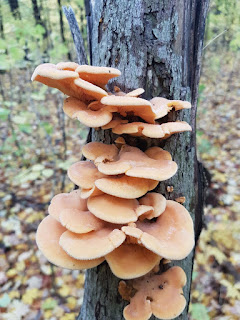 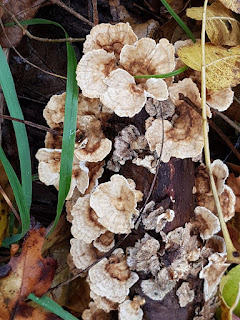 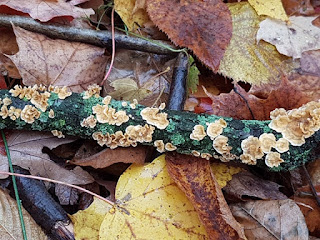 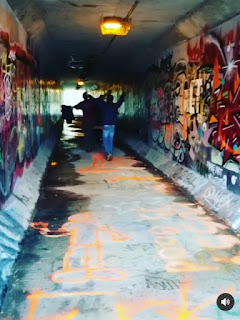